Eye care is at the same time, one of the most important and most difficult routines to keep up with when it comes to skincare. Being the thinnest area of skin on the face, the skin around your eyes is initially most prone to showing signs of aging. While it may feel impossible to combat this common skincare issue, there have been incredible developments from within the skincare industry within the past few years.

A treatment that has grown favorable is a peptide called Argireline. A versatile ingredient, argireline aids with several skincare issues, a predominant one being under eye circles and lines. If you feel you’ve tried everything to combat the sensitive skin around your eyes, you’re going to want to give this unique peptide a chance.

Peptides are chains of amino acids, which are the building blocks of proteins in the body. Originating from fragments of a protein called SNAP-25, argireline peptides show similar results to injectables. Not only are they commonly used to help with dark circles around the eyes, but they have also been shown to firm the skin as we age.

Many skincare products such as anti-aging creams, eye gels, and serums, all take advantage of argireline’s benefits. It is often beneficial to mix argireline with other ingredients, such as retinol and Vitamin C, to see its full potential and receive the best results. While not all ingredients are compatible with one another, argireline is most certainly an exception to the rule.

Every peptide tends to serve its own primary function. While argireline tackles dark circles, peptides such as Matrixyl 3000 focus on increased collagen production and eyeliss helps to reduce inflammation and prevent eye bags from forming, as well as promoting skin elasticity.

Another peptide that can be helpful for dark circles is haloxyl. This peptide works to eat up skin pigment in the blood, which causes a person’s skin color to return to normal rather than the discoloration that stems from the skin thinning around the eyes.

Depending on which skincare issue you are looking to solve, chances are there is a peptide out there that can be your new go-to product. 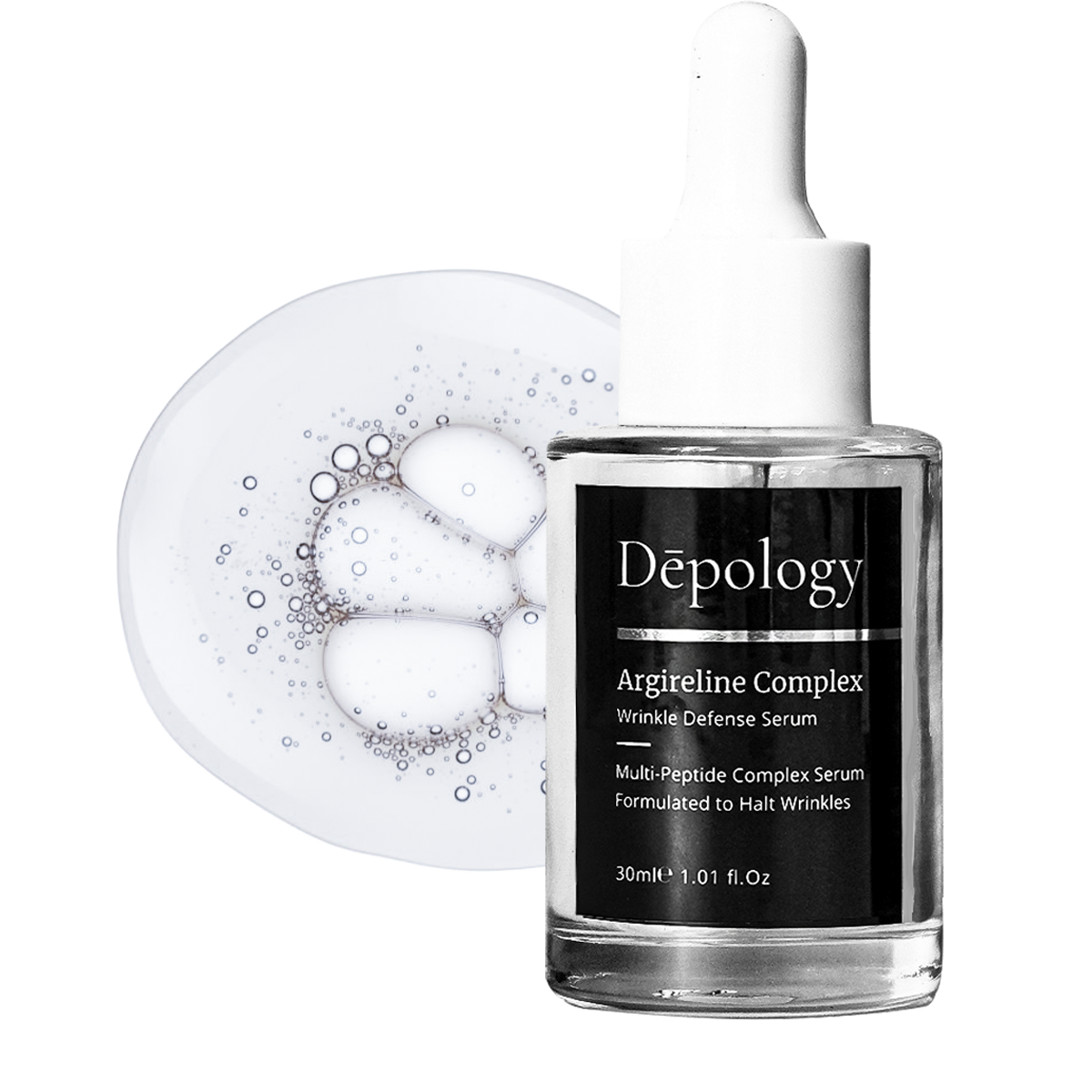 Argireline eye care : how does it work?

Since argireline works similarly to injectables, this peptide allows the muscles to contract with less force. Once argireline has been absorbed into the skin, it works to create smaller blood vessels that stimulate fibroblasts and nourish the skin tissue. The more force that is being used with facial movements, the more prone your skin is to wrinkles and fine lines.

By allowing less force to be used, wrinkles appear smaller and less dominant. When wrinkles aren’t given permission to move as freely, this also prevents new, permanent wrinkles from forming, leaving you with a more youthful appearance overall.

The best part? Argireline provides rapid results, showing less signs of visible wrinkles in just under a month. Rather than seeking out argireline at a young age, it is better to utilize this peptide once we have gotten older and our skin has grown thinner. This way, it will work to reverse the aging process once wrinkles have already begun to form.

We recommend our Argireline Anti-Wrinkle Serum, which is suitable for all skin types and has been proven to provide rapid results. A mixture of various ingredients, including argireline and hyaluronic acid, the serum reaches much farther than targeting dark circles. It also works to moisturize dull-looking skin and assists with boosting collagen production so that you don’t have to worry about using a separate serum for this function. For the best results, you should apply the serum once in the morning and again before going to sleep.

If you weren’t sure whether to give argireline a shot before, you don’t have much to lose with this experiment. It could turn into your new favorite ingredient when it comes to combatting dark circles. Everyone’s skin reacts differently to skincare products and ingredients, so you should always test a product in small portions before using it all over the facial area. Whether it be argireline or another peptide, there’s an ingredient out there within the industry that is sure to resolve your dark circle woes once and for all.

What Are The Daily Habits for Healthy Skin?