As you’re reading this informative article, I’m drinking a sugary pumpkin spice latte with dairy from one of my favorite coffee shops in the neighborhood. In a way, I have checked all the boxes of what not to consume when it comes to caffeine addictions. While most products are fine to enjoy in moderation, it is beneficial to be aware of all the positive and negative side effects of our favorite offerings, from alcohol to caffeine. Before you order your favorite guilty pleasure drink or specialty beverage of the season, you may want to rethink how it affects your skin and overall health. Our body needs a healthy balance to function properly, and this includes one of the most-consumed beverages on the planet. 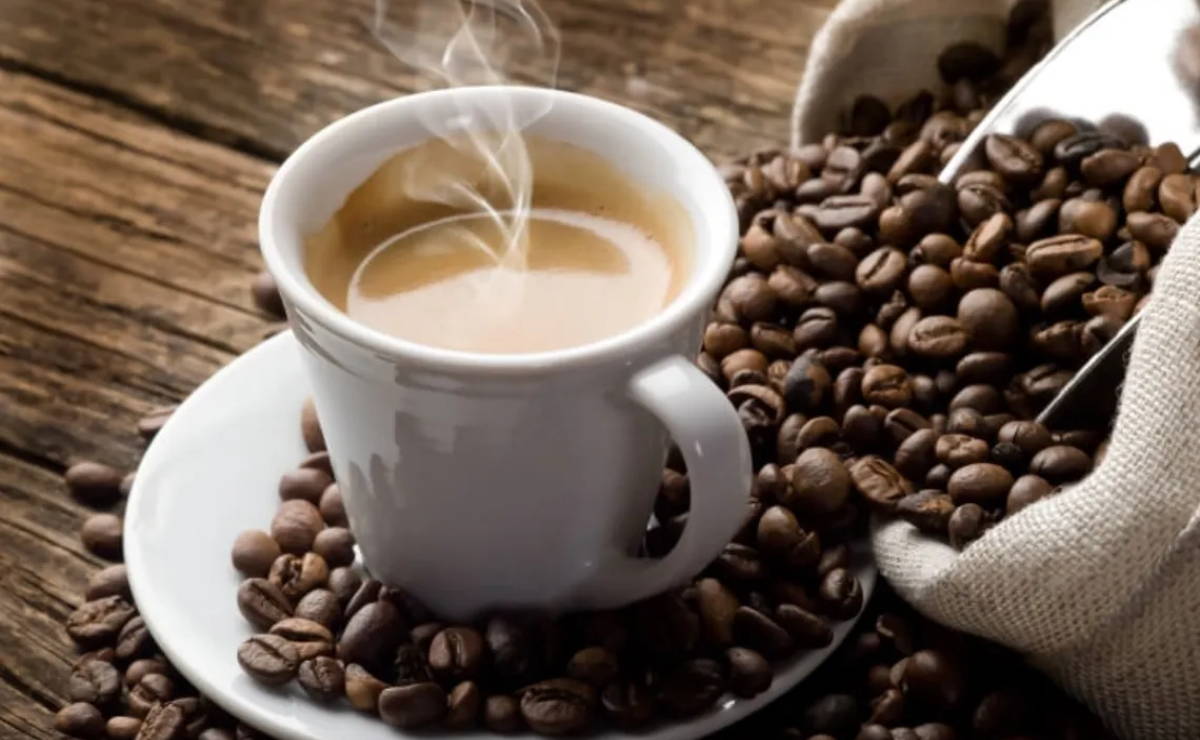 is coffee bad for your skin?

Similar to other caffeinated beverages such as soda and energy drinks, coffee is an acidic treat that can create microscopic pores on the surface of the enamel, which leads to erosion over time. In general, coffee isn’t a tooth’s best friend. This is why sipping from straws when accessible is recommended, as less contact with the teeth, the better. Drinking water with coffee is also helpful to combat erosion since water contains a neutral pH that works to wash away acids from caffeinated beverages.

Not only can drinking water with caffeine help with enamel erosion, but the body getting dehydrated from excess caffeine consumption can lead to toxin build-up on the skin’s surface, decreased collagen production, skin inflammation, and breakouts.

Coffee isn’t friendly to teeth, but what about the skin? That’s a more complex issue and can depend on numerous factors, such as a person’s pre-existing condition or the sensitivity of their skin. Genes also play a major role in how one’s body reacts to caffeine.

Those who have slower metabolisms have an increased risk of suffering from heart attacks, high blood pressure, and being diagnosed with prediabetes. Some caffeine consumers can also experience digestion tract irritation, heartburn, upset stomach/nausea, and increased anxiety.

Along with shooting up anxiety levels, caffeine has also been linked to increased stress hormones, despite those typically consuming caffeine to feel more awake or even relaxed to start their day. These days, it’s more well-known that stress is often linked to the overall health of the skin. Increased stress levels can cause acne breakouts and skin inflammation. Using topical products high in antioxidants along with caffeine has been helpful for many in balancing this issue, increasing overall skin complexion.

Even though the consumption of caffeine has been considered to increase blood flow in some users, caffeine itself is a vasoconstrictor, which results in not enough blood or oxygen circulating throughout the body. The toxins in the body end up getting stuck, which can lead to a crepe-like texture on the skin’s surface. This ultimately creates aging signs such as fine lines, and wrinkles, as well as the production of excess oil on the skin, which can cause breakouts.

If pregnant, you should consult with a professional if you’re concerned about your caffeine intake. It might be beneficial to switch to decaf coffee during pregnancy and consume less, as caffeine has been linked to low birth weight, premature births, and even pregnancy loss in severe circumstances.

Even if you switch to decaf for pregnancy concerns or health benefits, the decaffeination process doesn’t remove all of the caffeine content in the beans. Currently, the FDA only requires up to 97% of caffeine to be removed to be deemed “decaf,” so you will still be consuming some of the regular attributes of caffeine.

is coffee bad for acne and breakouts?

While coffee does not cause acne, several research show that it might aggravate it.
Caffeine helps you feel alert and aware, but it also causes a stress reaction in the body.
Stress chemicals, such as cortisol, can cause your sebaceous glands to generate extra oil, making you more prone to breakouts.

Coffee includes antioxidants that are helpful to the skin and general wellness.
However, consuming too much caffeinated coffee with sugar or milk may aggravate acne.
Acne sufferers may choose to reduce their intake of coffee, dairy, and sugar to see if it improves their skin.

benefits of drinking coffee for the skin

Now that we’ve moved past when coffee isn’t in our best interest, there has to be a reason so many people consume it every day, right? Absolutely. Despite some of its negative effects, there are multiple health benefits to enjoying this delicious plant formulated to be served in multiple forms, from classic americano or single espresso to our favorite seasonal lattes.

For starters, drinking coffee has been linked to producing positive emotions for our mental health, including pleasure and satisfaction. There’s no denying caffeine is a guilty pleasure for many of us. Any drink that decreases the risk of depressive emotions is a positive in our manual.

Perhaps the major benefit of coffee, especially for our skin, is the high antioxidant levels in the seeds that are derived from the coffee plant to produce our favorite beverages around the world. Over 60% of Americans consume coffee daily, getting their main source of required antioxidants from coffee rather than fruits or vegetables. Even decaffeinated coffee is shown to still have antioxidant levels intact and disease-preventative properties found in its caffeinated counterpart.

Speaking of diseases, coffee has been connected to decreasing Type 2 Diabetes diagnoses in consumers, primarily due to its high antioxidant and anti-inflammatory effects. Coffee consumption also increases metabolism and the burning of calories and can promote a healthy digestive system in some users. Despite its dehydration effects, if a user is consistent with how much caffeine they consume, the body can adjust to caffeine intake, which ultimately negates the dehydration effect of coffee.

However, you’re still going to want to maintain a healthy intake of water daily to balance enamel erosion. Be wary of becoming inconsistent with coffee consumption, as the body can react by having less energy and forming headaches until you get your fix.

While maintaining hydration, if you’re also a fan of working out, caffeine has been shown to increase athletic performance by improving circulation in some users (this goes back to genes and how your body reacts to caffeine). A cup of coffee before working out can sometimes lead to improved muscle strength and a higher pain tolerance, leading you to push harder during certain workouts.

Even though coffee has many positive benefits, it has been debated whether or not these benefits are more likely to be enjoyed topically or orally. Compounds such as idebenone are found in coffee, which contributes to anti-aging signs. If consuming caffeine, decaf is typically recommended orally while skincare products containing caffeine are suggested to be applied topically to gain the positive effects of the plant.

Despite coffee’s high antioxidant levels, these properties in foods and beverages may not always be fully absorbed by the body to reap the benefits as opposed to topical products.

Conclusion : is coffee good for your skin?

In general, it is recommended for caffeine lovers to not consume more than five to eight-ounce cups of coffee per day. This usually equates to five short cups or two and a half grande cups of coffee at Starbucks, for reference. Staying away from artificial sweeteners and sugary drinks will also leave your skin thanking you later. Caffeine should also not be combined with other stimulants, as they don’t always mix well together and can cause adverse reactions on the skin. Staying away from caffeinated products at least six hours before going to bed is suggested to maintain a healthy sleep cycle, which is also essential to clear skin.

There’s always room to enjoy your favorite drink year-round in moderation, as long as you’re aware of the positive and negative benefits that are a result of our modern-day dependent relationship with coffee.

What Is Skin Glazing And The Benefits Of It?