Our Deepcare+ Patches have needles that are not only much more compact but also packed more densely than others in the market. This means higher concentration of solution as well as higher rates of absorption into the skin.

Deepcare™ is made up of antioxidants, amino acids, and synthetic molecules that are naturally found in skin. These potent ingredients not only nourish the skin, but also promote its ability to protect and renew itself

Our deepcare patches are infused with 30mg's of potent yet kind ingredients to combat dark eye circles and puffiness. With up to an impressive number of 1000 micro darts per patch, our patches can provide more effective area coverage & results after just one use.

Our unique and deepcare micro-needle patches are developed in a high facility lab based in South Korea- the capital of all new skincare & beauty innovations.

"Does increasing the number of ingredients genuinely improve the outcome?"

Cosmetic professionals discovered that just 0.3 percent of chemicals penetrate deep into the skin, with the rest going to waste, after extensive research. Dēpology Deepcare Patches were developed to address this issue.

We went above and beyond the newest research, technology, and clinical studies because we were so determined. Derma MT was created in this manner. They encapsulate who we are: we delve beneath the surface to find the greatest solutions. Our products penetrate your skin deeply hence "Deepcare", allowing you to genuinely alter from the inside out.

A unique cold-forming method is used to make our deepcare microneedle products.
The active components are moulded into micro-darts packed with a very effective serum solution at ultra-low temperatures. 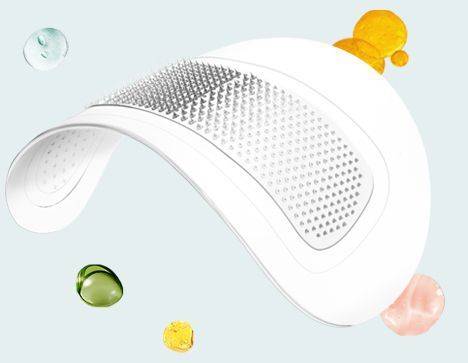 Deepcare microneedling is not a new cosmetic technique. For years, it's been utilised in skin clinics to enhance collagen and skin cell development. As a result, it's commonly used to treat acne, remove scars and sun spots, and significantly diminish the appearance of fine lines and wrinkles. It can even be used to promote hair growth and reduce thinning hair.

The procedure is carried out with a "dermaroller," which comprises of a roller with several tiny needles attached to it that is then rolled over the face.These needles penetrate the skin, causing "trauma," which causes your body to rush to the trauma site and reconstruct it. During this rebuilding process, skin cells produce new skin tissue and collagen because collagen (and elastin) serve as the scaffolding for your skin.

Collagen is found in the dermis (or second) layer of the skin and it’s what gives our skin its plump and smooth texture. It specifically helps keep everything from sagging, creasing, and wrinkling.
You can also find on our other blog, one of most popular Dēpology Collagen Boosting Serum products on the market today.

The skin on certain parts of our faces, particularly those around our eyes and mouth, is thinner or in "high movement" areas. Both crease and move when we smile, but also when we frown, talk, and do other things, and the combination of the two means that these are the areas most likely to show signs of ageing first. 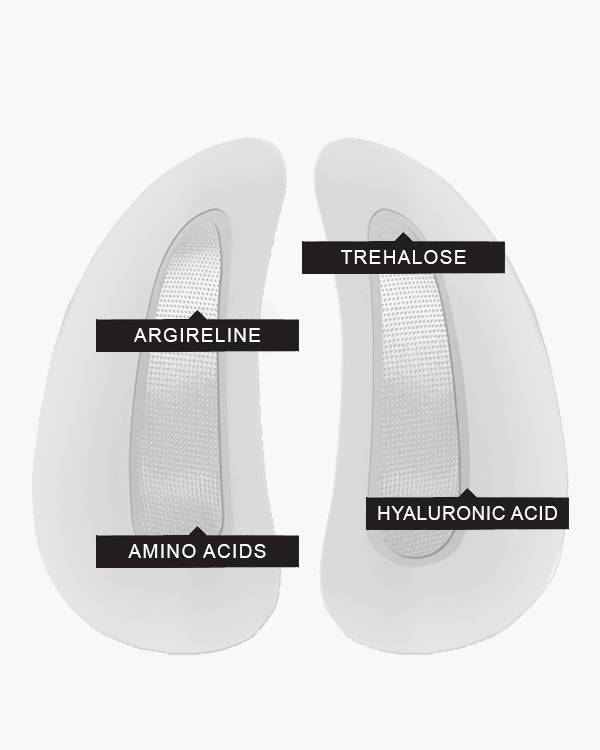 There's a reason it's so popular: hyaluronic acid not only moisturises the skin well, but it also reduces signs of ageing because plump, hydrated skin hides fine lines and wrinkles. Read more indepth behind the most popular chemical in the skincare industry here : Hyaluronic Acid .


Glycerin :
What is Glycerin?

Glycerin is a humectant, which means it draws moisture from deeper layers of your skin and the air into the outer layer of your skin.

Glycerin, also known as glycerol, is a naturally occurring chemical generated from vegetable or animal fats.
It’s a clear, colourless, odourless, and syrupy liquid with a sweet taste.
Glycerin is frequently combined with occlusives, another type of moisturising agent, in skin care products to trap the moisture it attracts.
More information about it here on Healthline on Glycerin

Trehalose :
What is Trehalose?

Trehalose is a kind of sugar that is utilised as a moisturiser and antioxidant in cosmetics and skincare formulations. Trehalose is also known as 'Resurrection Sugar,' since it aids in the rebirth of plants and insects when they are subjected to harsh conditions. Trehalose is a naturally occurring disaccharide composed of two glucose molecules. The term "trehalose" is derived from the Biblical term "trehala manna," as well as from another name for trehalose, "mycose," which refers to the mushroom source of this sugar. See what Dermatologist have to say about Trehalose


Sodium Hyluronate :
What is Sodium Hyaluronate?

L-Arginine :
What is L-Arginine?

Arginine is an amino acid that is found in cosmetics and skincare products to help protect the skin from free radicals, boost visible moisture levels, and maybe assist collagen synthesis. L-arginine occurs naturally in the human body. Most of us can produce all of the arginine we require to stay healthy, but it is also available in popular meals and can be taken orally. The use of arginine in skincare products as a topical application is frequently advised for its anti-aging properties.

What is Lysine Polypeptide?

Arginine/lysine polypeptide is a multi-peptide manufactured in a laboratory that is based on the skin-friendly amino acids l-arginine and l-lysine.

These amino acids are oligopeptides, which are shorter peptide chains made up of at least two (but no more than 20) amino acids.


MADECASSOSIDE :
What is Madecassoside?

Madecassoside is an active component with anti-redness and anti-scaling properties. It gives the skin a silky feel. It also alleviates irritation on the skin. Madecassoside is a clever, potent, and highly purified active that is found in Centella Asiatica and is well-known for its skin-beneficial characteristics. Madecassoside, with its proven efficacy and well-defined mode of action, provides relief to sensitive, atopic, and psorias-prone skin through anti-itching, anti-redness, anti-desquamation, and smoothing effects.

Caprylic triglyceride is a soap and cosmetics component.

It's often prepared by blending coconut oil and glycerin.

It's also occasionally referred to as fractionated coconut oil.

For more than 50 years, caprylic triglyceride has been routinely utilised.

Caprylic/capric triglyceride forms a barrier on the skin's surface, which aids in the reduction of skin dryness by reducing moisture loss.

Its oily texture thickens and adds slipperiness, making our lotions and natural strength deodorants easier to apply and leaving a non-greasy aftertaste.

Hydrogenated polyisobutene is a synthetic liquid that is used in formulations to replace mineral and silicone oils.
It functions as a waterproofing agent as well as an emollient.
An emollient aids in the maintenance of the natural skin barrier, the prevention of moisture loss, and the improvement of the texture of the skincare product.
The skin's natural barrier is critical to its optimal functioning.
Lip gloss, sunscreen, and makeup all contain hydrogenated polyisobutene.
It is primarily used to extend the life of the product on the face and to enhance the skin's dewy, radiant appearance.

Polyglyceryl-10-Laurate is a lauric acid ester derived from the synthetic polymer polyglycerin-10.
It acts as an emulsifier to keep the water and oil components blended together.
It also contributes to; the smooth and easy-to-dispense texture of products.

Conditioning agents are substances that soften or improve the texture of your hair or skin.

They are also known as moisturisers or humectants in the case of butylene glycol.

Butylene glycol works by covering the surface of your cells to condition your skin and hair.

Butylene glycol is used in the formulations of these products because it increases moisture and conditions the skin.

It also acts as a solvent, preventing other chemicals, dyes, and pigments from sticking together within a solution.

Adenosine :
What is Adenosine?

Adenosine is a yeast-derived water-soluble substance that works well as a calming and skin-restoring agent.

It provides anti-wrinkle properties and is a safe, useful component that may be used on all skin types.

Studies also show that it has a high potential for calming qualities.

Adenosine is a purine nucleoside made up of an adenine molecule coupled to a ribose sugar molecule.

This chemical may be familiar to you from high school biology lessons as one of the four nucleotides that make up DNA and RNA.

Adenosine is a relatively new component in skincare products, however it has been widely utilised in medicine to assist treat heart issues and as a healing component.

Tripeptide-1 Definition.
Tripeptide-1, often known as "GHK" for the amino acids that make it up (glycine, histidine, and lysine), is a synthetic signal peptide that works with copper in skin to visibly repair molecules that have begun to breakdown due to ageing and sun exposure.

Acetyl Hexapeptide-8, often known as Argireline, is a synthetic peptide derived from a protein found in Botulinum Toxin. It is most commonly found as an active ingredient in anti-wrinkle and anti-aging creams or serums. It's intended to eliminate wrinkles around the lips and eyes, as well as on the forehead and cheeks. It functions similarly to Botulinum Toxin; however, Acetyl Hexapeptide-8 does not require injection, making it a considerably more versatile and safer medication. Simply apply the serum to the desired location, where it enters the skin's membranes, limiting muscle activity and wrinkling. This prevents the skin from producing new wrinkles while also giving it time to heal and smooth over previous wrinkles.

Palmitoyl pentapeptide-4 is a combination of five amino acids and palmitic acid. Peptides form the basic building material of proteins. It can be considered a breakthrough, in case of improved appearance of the skin, without harming or irritating the skin in any way. Palmitoyl pentapeptide-4 forms a part of Matrikine, which are messengers that regulate cell proliferation and cell-matrix renewal. It was first developed by corporation Sederma SA and Proctor & Gamble. It is also known by name Matrixyl.

In traditional Chinese medicine, Anemarrhena asphodeloides is a herb that is commonly used to treat diabetes symptoms. However, its main components and metabolites have low bioavailability and are poorly absorbed by the host. Anemarrhenae asphodeloides (root) extract is a nonhormonal treatment that allegedly increases adipocyte differentiation, proliferation, and volume with a plant-derived chemical to bring volume where it is needed. The plant-derived component in the substance is an extract of Anemarrhena asphodeloides, a perennial evergreen found in Eastern Asia.

We care about your skin at Dēpology which is why we prioritise product safety above everything else.

Several characteristics of our microneedles, including needle length safety, were clinically tested.

Our needles are made at the ideal length, making them both safe and effective.

Years of research and clinical trials have contributed to our awareness and knowledge of skincare. Dēpology strives to create only the greatest and most effective products that are backed by science. Years of expertise in the fast-paced Korean beauty industry have driven us to be as innovative as possible and to always explore new methods to contribute to the ever-changing world of beauty and skincare. We think that by providing effective and non-invasive skincare solutions, we may help people feel more at ease and confident in their own skin.

What are you waiting for? You know what to do next! 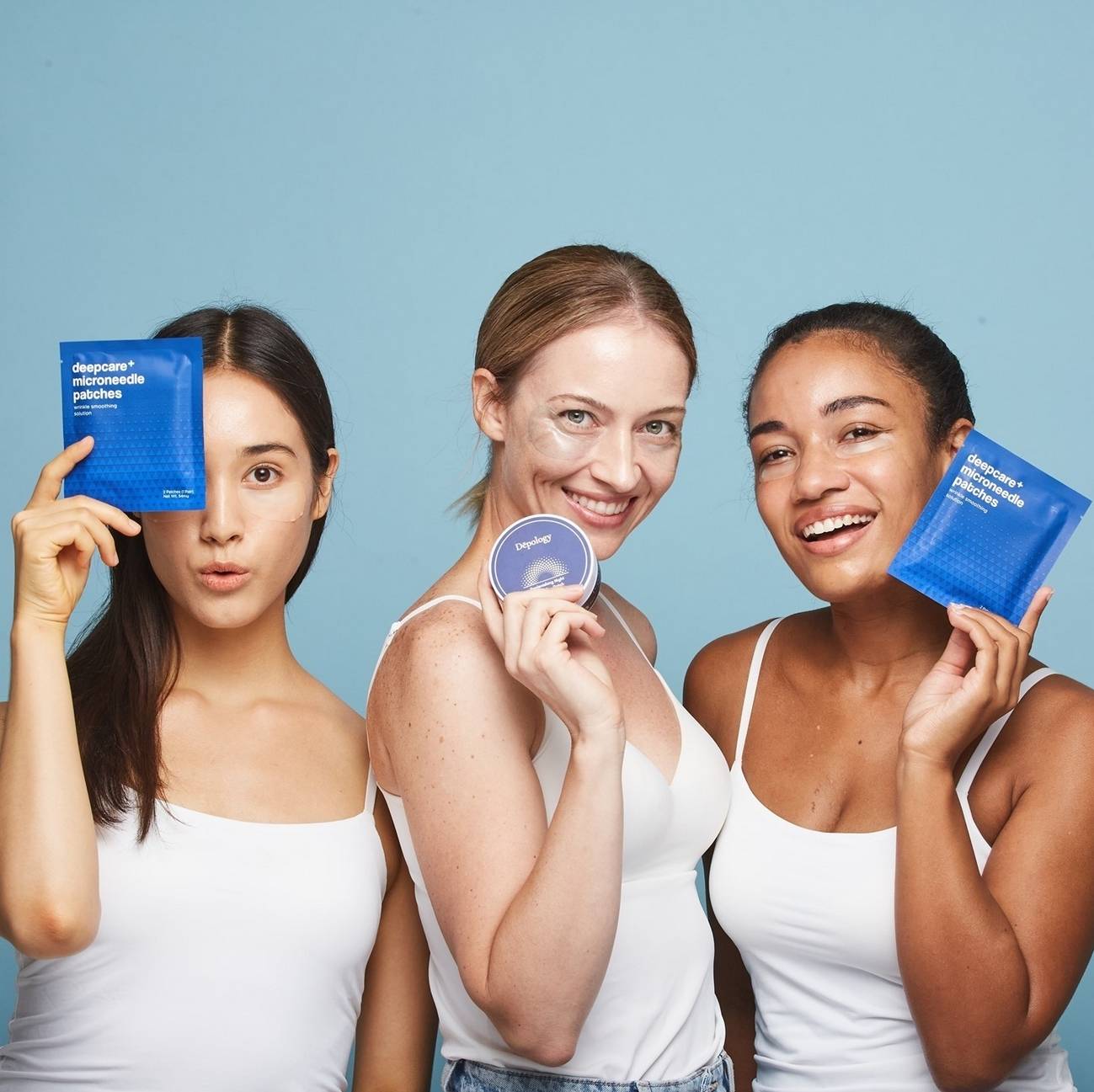 What Choices Of Anti Wrinkle Patches are there?